Alpha lipoic acid is an antioxidant found in every cell in the body as well as in some foods. It’s sometimes referred to as the “universal antioxidant because it regenerates or recycles other antioxidants like vitamin C, vitamin E, coenzyme Q10 and glutathione when they lose their ability to act as antioxidants. It also has the power to protect both cell membranes and the inside of cells against oxidative damage. Vitamin E is only effective at protecting cell membranes and other lipid-soluble structures from oxidative damage, and vitamin C only works well in a non-lipid environment. Alpha lipoic acid works well in both of these areas.

Alpha lipoic acid also has skin benefits. Not only is it a potent antioxidant, it has the power to fight inflammation. Inflammation can damage skin cells and cells that produce collagen and elastin that keep skin looking youthful. Oxidative damage is also one mechanism by which sunlight ages skin, and alpha lipoic acid helps to prevent this type of damage.

Some dermatologists recommend creams containing alpha lipoic acid to patients to treat fine line and wrinkles. It’s an alternative to prescription-strength retinoids that cause significant skin irritation, redness and peeling. Some people experience irritating and a tingling sensation when they first start using products that contain alpha lipoic acid, but this usually becomes less pronounced over time.

According to a study carried out in Brazil, products that contain alpha lipoic acid offer similar benefits to those containing glycolic acid, another anti-aging skin care ingredient that reduces the appearance of fine lines and wrinkles and improves skin texture. For people who have sensitive skin and are prone to redness and irritation, alpha lipoic acid may be a better choice than products contain glycolic acid because of its anti-inflammatory properties.

All in all, alpha lipoic acid is a strong antioxidant and anti-inflammatory that has skin-rejuvenating benefits. Using products that contain 1 to 4% alpha lipoic acid regularly can improve rough, sun-damage skin and reduce the appearance of fine lines and wrinkles. It has the advantage of being less irritating to sensitive skin than products containing glycolic acid and prescription-strength retinoids 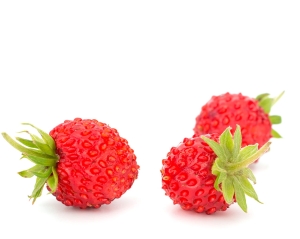 Gel toner with lactobionic acid for sensitive and vascular skin
£9.75

Moisturizing cream for every type of skin
£7.95